So many changes since I last posted SIX years ago. 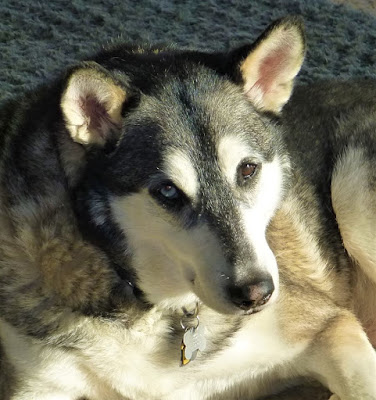 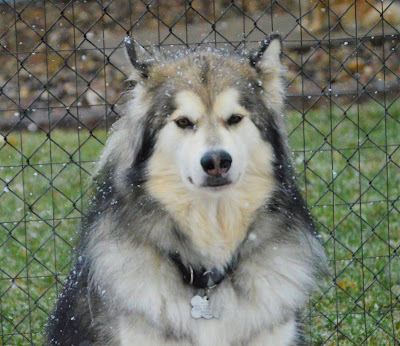 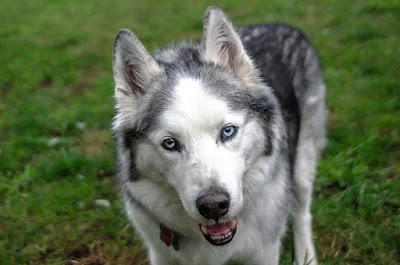 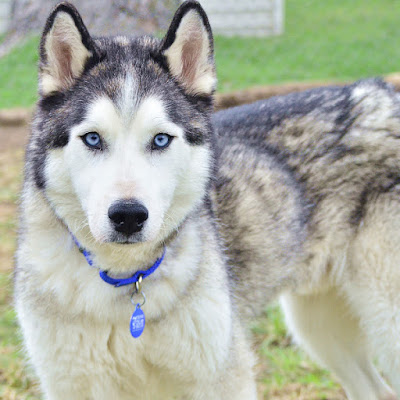 All from Taysia Blue Husky and Malamute Rescue.

And, then we suffered with multiple losses once again.  First, we lost our dear Timber when he unexpectedly collapsed on Aug. 17, 2018 to what the ER vet said most likely some form of cancer. We are not sure how old he was, but probably around 11 or 12. Then, my heart was crushed beyond words when we lost Khady on Nov. 4, 2018, to a ruptured tumor on her spleen caused by hemangiosarcoma. She was only 10. The exact same thing had taken her sister, Cornelia Marie in 2017.  And then, on April 6, 2019 we lost our sweet, gentle Chopper to liver cancer.  All three were completely unexpected, undiagnosed, out of nowhere, and absolutely crushing.

So, for the first time since we lost Holly, Samuel and Monty all in less than a year, we are down to just four dogs. Lena (13ish), Titus (12ish), Suka (7) and Captain Hook (7).  Other than Captain, who has a whole slew of medical issues (Eosinophilic Bronchopneumopathy with an MRSP (methicillin-resistant staphylococcus pseudintermedius) infection, Eosinophilic Rhinitis, chronic allergies and Diabetes) everyone else is doing great.

We are still volunteering and fostering for Taysia Blue and love being able to help so many needy Sibes and Malamutes!  It's one of the things in my life that helps keep me sane!

This picture was taken only four days before we lost Chopper.  Left to right, Suka (couch), Lena, Titus (red), Captain (above Titus), and Chopper. 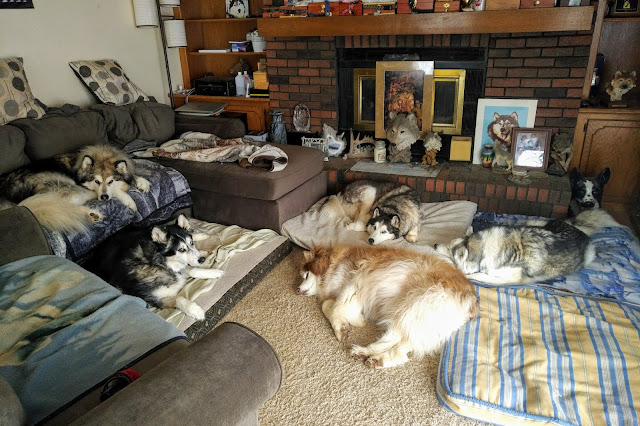 Hawwwoo! Thanks for your good work! Play bows,

SO good to see you back...so very sorry about your losses. 💔 So much has changed in six years...here as well with the losses of our Gibson and just recently Chloe. We are both blessed to have had and still have such amazing pups in our lives. I love the group photo. Hope to see more posts from you and your furbabies!

Dear Customer, we present to you in our company all the ideal solutions necessary for cleaning work in its comprehensive and modern concept. The company also provides the best methods, tools and equipment for the cleaning process, through trained and qualified technical cadres to use all tools and equipment. We also distinguish that we have the best and lowest prices among the Eastern Region companies. In full, the company also provides all home services 24 hours a day to meet the largest number of our valued customers.

No matter what your dog’s problem behavior is…

Be it jumping, peeing inappropriately, aggression, pulling on the leash…or whatever…

There is ONE SOLUTION that can help STOP this problem now

The sad fact is…

They use outdated and ‘mean’ dominance techniques.

They have no qualifications and are complete phonies.

So what’s the answer to stopping your Dog’s behavior problems?

In my 10 years as a certified trainer…there’s ONE BIG LESSON I have learned.

…and understands what you need from them.

The good news is…

No matter how clever you think your dog is.

You can >>> Unlock their hidden intelligence quickly and easily.

You can >>> I’ll explain everything on this page.

Don’t waste a second longer coping with problem behaviors you don’t need to be dealing with.

PS Check out the brain training for Dogs course now. It’s great for eliminating any bad behaviors by tapping into your dog’s hidden intelligence.

PPS- check out the cool dog pictures on this page.

Thank you for sharing, please visit
Visit Us