HELLOOOOOO!!!! I would like to apologize for being gone for so long. I can only blame it on my extremely lazy human for not allowing me to post anything. While I have been busy relaxing and napping, mom has been busy taking care of Samuel.

You see, Samuel had been having more problems walking, getting around, and was losing weight. For several months mom thought it was just his arthritis getting worse and the vet suggested steroid shots instead of his usual Rimadyl. They helped a little, but not significantly. Then, in November, mom saw him licking his "pawsonal" region and looked to see why he was licking there. Well, she found a lump in his scrotal area. (which is technically not there cuz he has been neutered) He went to the vet and it was removed. Luckily, it was benign. And, for a while, since he was on antibiotics, he seemed to be doing a bit better.

Then, he seemed to get worse, and almost stopped eating all together, and continued to lose weight, and just didn't seem well. So, back to the vet he went, and the vet did an ultrasound and found an extensive mass in his abdomen. The next day he went in for surgery to see if the mass could be removed. Thankfully, it was completely removed. What the vet found was that it appeared that something had punctured through his intestine, and then caused an abscess the size of a softball in his omentum.  The vet looked through the mass to see if she could figure out what caused the perforation, but did not find anything.  She thought it was possible that whatever punctured the intestine might have then gone back into the intestine and passed through.  The only thing mom thought could possibly have caused it was a stick that he had chewed on.  The vet thought it had been there for quite a long time based on what she saw.

So, he is now doing better.  We just need to get some weight on him.  Mom is very thankful, especially since Samuel is almost 15 years old!  She is still very watchful of him, but he is doing so much better than he was!

Now, on to more exciting stuff!

We got a whole bunch of snow a few days ago!!!!  Needless to say, we were all very happy!  Here are some examples for your enjoyment; 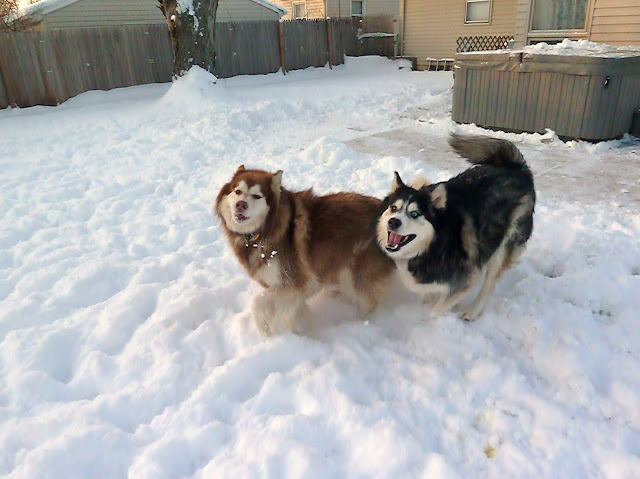 Titus and Lena are VERY happy with the fresh snow! 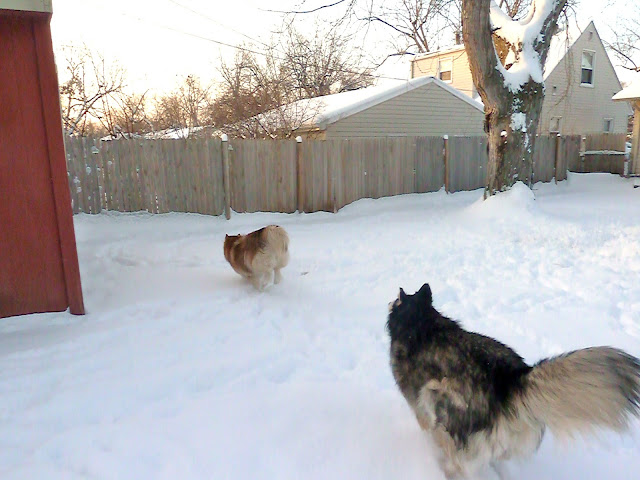 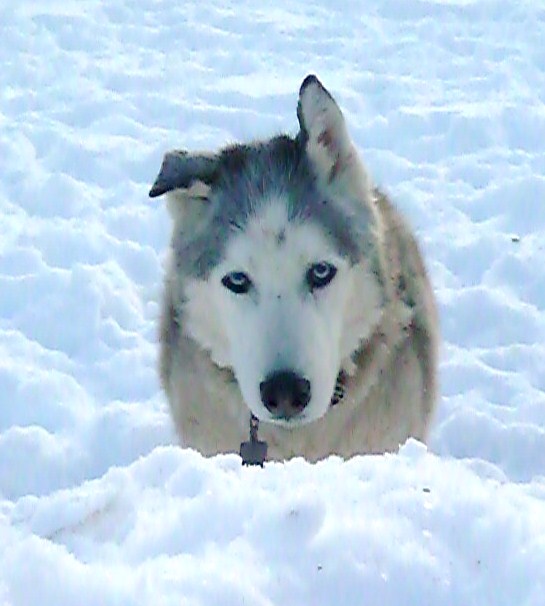 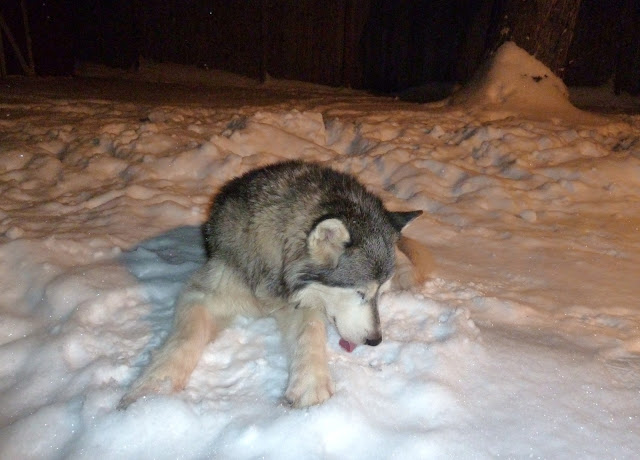 I spent quite a bit of time taste-testing the new powder! 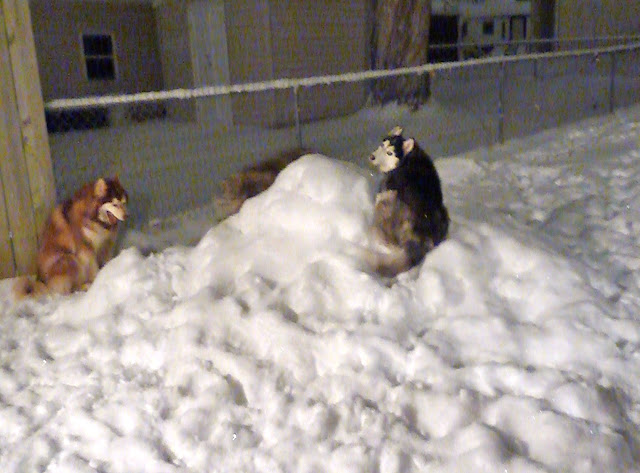 
We are suppose to get even MORE snow this week!  Needless to say, we are all VERY happy with the forecast!

And now, back to my usual routine; 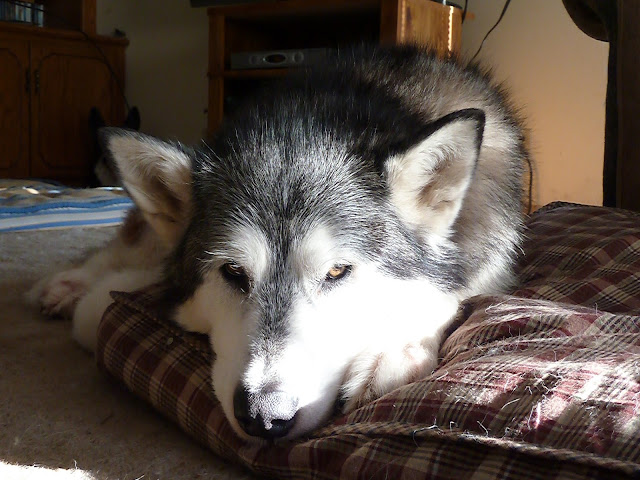 Yes, it's all about the relaxing and napping!  Well, at least for ME it is!